Green roofs are not only an aesthetic benefit for the city of Minneapolis but they help to reduce the city’s ecological footprint.


“Green isn´t just a concept in Minneapolis; it´s a lifestyle.”[1] This slogan by the city of Minneapolis (MN) summarizes the spirit of many people here perfectly. In general, Minneapolis always aims at being a forerunner when it comes to the issues of environmental-friendliness and sustainability. But the development is not only limited to significant investments in a bike friendly infrastructure or the provision of an environmentally-friendly public transportation network. Over the last couple of years Minneapolis has also introduced a number of green initiatives that are meant to improve the lives of the city´s residents. Many different local actors take part in these community activities making the city even greener. One such example is  the “Green Roofs” initiative of the city of Minneapolis in cooperation with other local actors. 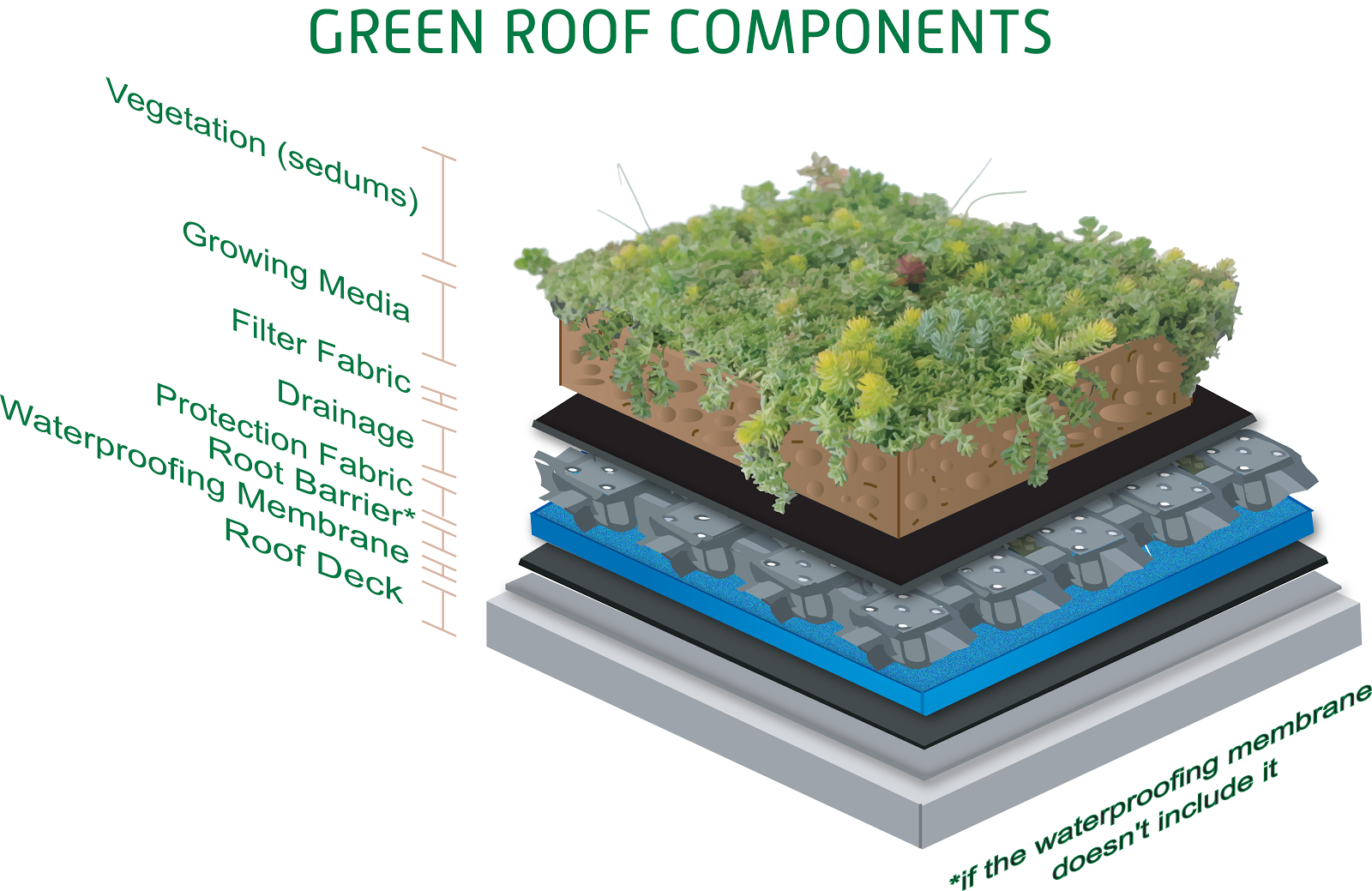 The “Green Roofs” initiative is exactly what it sounds like: replacing the traditional roof with living plants. Thereby, buildings become more environmentally-friendly by adopting many advantages of the natural landscape like plants’ ability to absorb large quantities of stormwater. In contrast to green roofs, normal roofs often have the disadvantage of accumulating heat and pollution. On rainy days, this can have severe effects on the water quality of rivers and lakes in Minneapolis. As rain pours down on ordinary roofs, the water washes out dust and pollution and transports it into rivers and lakes. But green roofs feature the ability to hold on much more rain water through the vegetation as well as the growing media and hence play an important part in the efforts to reduce water pollution. This also reduces the needs and costs for any additional expensive stormwater treatment infrastructure in the Twin Cities. The durability of green roofs is another important advantage. The waterproof membrane is below a green layer, which protects the roof from damaging outside factors such as heat, UV radiation or thermal swings. As a result, green roofs can last three times longer than the majority of normal roofs. But green roofs also serve as natural habitats for many different flowers and animals in cities. With the help of these roofs many birds as well as beneficial insects find better living conditions in the urban jungle, which allows their populations to prosper. In general, the overall living conditions for any animal and human being further improves since flowers ensure a better air quality through photosynthesis, which transforms carbon dioxides into fresh oxygen. Finally, those green roofs have positive aesthetic side-effect by beautifying Minneapolis neighborhoods as well. Different case studies around Minneapolis have demonstrated the positive effects of green roofs. Minneapolis’ basketball and event arena, the Target Center, is a stunning example of the green roof initiative. The Target Center has 2.5 acres (113,000 square feet) of greens on its roof and was the first sports arena in North America to install such a roof surface in 2009. Since its construction, the  roof has created a number of unique advantages for the city’s climate. The green roof can absorb 0.9 inches of rainfall per foot without any runoff of polluted water. Thereby, 1,000,000 gallons of stormwater are prevented from flowing into the Mississippi River each year. Furthermore, the roof’s waterproofing membrane is expected to last for 40 years. Another advantage of the Target Center´s green roof is its ability to absorb heat in the summer and hence reduce energy costs because it alleviates the consequences of the ‘urban heat island’ effect in downtown Minneapolis. This heat island effect leads to higher temperatures in cities and is caused by dark surfaces like roads or conventional buildings, which are highly concentrated in urban environments and absorb more solar radiation than natural landscapes. But with the help of green roofs cities cannot only become greener in their appearance but also in their way of tackling many of the man-made ecological problems.