Biking in the Twin Cities of Minneapolis - Saint Paul

When people from outside the U.S. think about mobility in the United States, they often just have the picture of big cars in mind. The reality looks so much more different, especially in urban areas. Over the last twenty years, new environmentally friendly mobility trends such as biking or public transportation networks have become more and more popular in many cities across the U.S. Both of these trends can be observed in the Twin Cities of Minneapolis-Saint Paul (MN) where I am spending a year abroad at the University of Minnesota. I will focus on the bike friendly infrastructure of the Twin Cities, which encourages people to change their mobility behavior.

Minneapolis-Saint Paul is the second largest urban area in the Midwest of the United States after Chicago. According to the census of 2010, Minneapolis (382,587) and Saint Paul (285,068) have a combined population of 667,655 people. By including the surrounding suburbs the population of the Twin Cities´ metropolitan area increases to more than 3.1 million. What makes this area so special in comparison to many other American cities, particularly here in the Midwest, is its well-designed bike infrastructure. Minneapolis is especially regarded as one of the most bike friendly cities in the country alongside Portland, Oregon and Seattle, Washington. But what factors have contributed to this development?

In the past Minneapolis was a center of the American milling industry. Therefore, the city was connected to an extensive railway network in order to transport goods all over the country. The decline of the industrial sector over the course of time lead to the fact that large parts of the network were abandoned. But in the 1990s and early 2000s the city council of Minneapolis made a couple of landmark decisions which were supposed to promote biking as an alternative, environmentally friendly, form of mobility. Back then the city´s government decided to transform old abandoned railways into a large network of off-street bike paths. Additionally, Minneapolis was chosen as one of four US cities to receive $25 million from a federal government's pilot project to improve pedestrian and bike infrastructures within cities. Today, Minneapolis has 118 miles of on-street bike lanes and 92 miles of off-street bike paths (as of 2014). The city´s goal is to further improve the existing system until 2020 in order to make sure that every resident lives within 1 mile of off-street and ½ mile of on-street bike lanes. Due to this development, the city already has one of the highest rates of urban cycling in the entire country since nearly 5 percent of commuters use their bike every day to go to work. 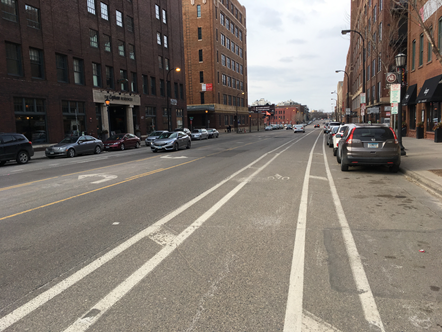 Minneapolis has an incredibly vibrant bike culture. Many biking exhibitions and festivals happen throughout the year and introduce people to the advantages of biking mobility. All over the Twin Cities, bike sharing stations (Nice Ride MN) give people the chance to rent a bike for a small amount of money. On campus, the University of Minnesota even actively promotes biking. The university´s recreation and wellness center (Rec Center) gives students the chance to rent bikes for little money. Furthermore, on-campus bike stores as well the Rec Center offer students technical support and advice with all bike related issues. Generally, bikes are not only very popular but also extremely useful because they allow students and professors to easily navigate around campus. In many on-campus areas cars are prohibited because streets are reserved for bikes and the Twin Cities´ Metro Transit (bus and light rail service). Even during the cold and snowy winter days bikes are a frequently used means of transportation. By constantly clearing the bike lanes of mud and snow the city ensures that bikers do not have to fear the winter. The Metro Transit´s buses and light rails are also equipped with bicycle racks, which allows people to take their bike with them no matter where they want to go within the limits of the Twin Cities. Due to these fantastic opportunities, I have also become one of the many bike commuters here. 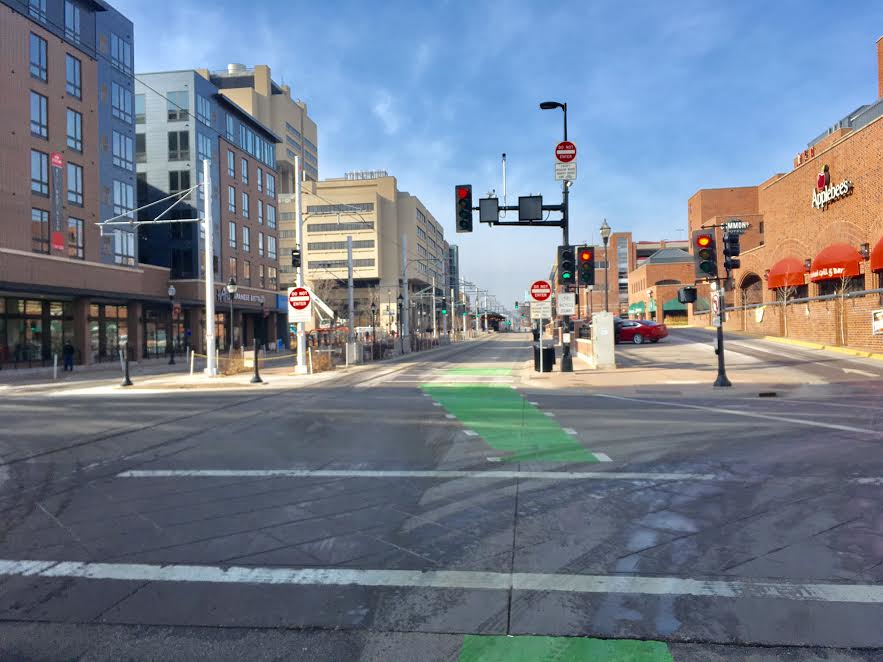 Minneapolis' positive experiences with biking have also inspired the city of Saint Paul to further improve their existing bikeway network. In the next couple of years, the city wants to add more than 190 miles of new bikeways, which would more than double the existing network. Thereby, the city would create another incentive for people to switch from rather environmentally unfriendly cars to environmentally friendly bikes. This could help Saint Paul  achieve its goal of increasing the bicycle mode share from 2 percent to 5 percent until 2025. Studies conducted by the city show that four out of five Millennials are interested in having more alternatives when it comes to mobility. Therefore, Saint Paul is eager to catch up with its Twin City and provide its residents with a modern bike-friendly infrastructure.

The significance of biking culture in the Twin Cities is a small but insightful example showing how many environmental initiatives in the U.S. are rather 'bottom-up' than 'top-down' in the sense that not only the States are considered 'laboratories of change' but that these developments very often rely on civic engagement by activist groups (like the "critical mass" movement), local institutions (the University of Minnesota), and the initiative of communities and their mayors.